The panel investigating cases of police brutality in the Federal Capital Territory, Abuja, on Tuesday, ordered the former head of the Intelligence Response Team (IRT) of the Nigerian police, Abba Kyari, to appear over a case of the alleged enforced disappearance of a suspect arrested in 2018.

According to Premium Times, the panel demanded that Kyari, a deputy commissioner of police, involved in a $1.1million fraudulent scheme by the United States government, be produced along with Vincent Makinde, a police inspector, also of the IRT.

They are scheduled to appear before the panel on November 26.

It was the umpteenth time the 11-man panel, set up by the National Human Rights Commission (NHRC) in the aftermath of the October 2020 #EndSARS anti-police brutality protest, would be given such an order, as previous invitations by the panel were snubbed by the police officers.

Kyari is to be quizzed over one Morris Ashwe, who got missing since 2018 and said to have been arrested by the Kyari-led IRT in Makurdi, Benue State, on May 1, 2018.

His brother, Raphael Ashwe, who petitioned the panel, said Morris was detained and paraded at a police station in Makurdi after his arrest.

He added that the family had access to him until he was moved to Abuja two days after the parade.

According to him, the family has made several appeals and sent many letters to the IRT, asking for information on the whereabouts of his elder brother, all to no avail.

On Tuesday’s proceedings, Garba Tetengi, who presided over the proceedings in the absence of the chairperson, Suleiman Galadima, restated the panel’s previous orders to the police officers to produce the two officers to clarify issues on the case.

Concerned about their absence from the proceedings, Tetengi asked the leader of the police legal team at the panel, James Idachaba, to ensure the summoned police officers appeared for justice to be done.

But Idachaba appealed for the postponement of the defence by the police.

“The defence counsel cannot close the defence without hearing from the respondents especially Inspector Vincent Makinde. The allegations against him are weighty. We ask that the panel adjourn the case for the sake of fair hearing,” Idachaba said.

The case was adjourned till November 26 for defence. 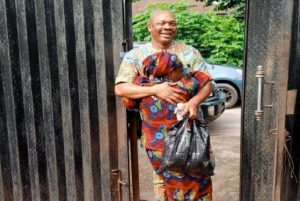 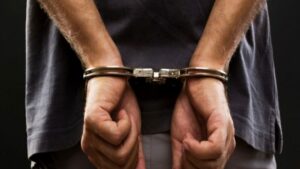 Operatives of the Dragon Patrol team on routine stop and search duty along the Warri/Sapele road by Okwuovo, Okpe Local Government Area of Delta State