Operatives of the Anambra Police Command have killed four members of an armed gang, who attacked two police stations in the state on Sunday night.

He said, “Preliminary information reveals that one out of the four demobilised miscreants, now late, Mr Onyebuchi Okoye ‘M’ 34 years, who led the attack on Aguata Divisional headquarters, was arrested earlier on 4th November, 2021 with a revolver pistol and six 9mm ammunition by Police Operatives.

“He was charged to court for conspiracy to commit felony and unlawful possession of firearms under section 495 of the criminal code and on 21/01/2022, was granted bail by the court.”

“We caught the woman with $100 and N500,000. The lady is still in our centre in Bwari. She is undergoing profiling because she has not been able to give us all the relevant information and how she came about the money.” Mr Shaka said.

Gunmen have abducted four truck drivers from a farm on the outskirt of Ilorin, the Kwara state capital.   Police said that the victims were 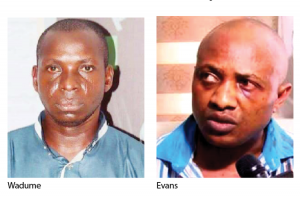 In 2019  Nigerians woke up to a horror story of how Hamisu Wadume, allegedly a high-profile kidnap kingpin in Taraba State was set free allegedly The former head of the Inspector-General of Police Intelligence Response Team, Abba Kyari, who is currently in the custody of the National Drug Law

KEBBI State Commissioner of Police, Ahmed Magaji-Kontagora, has again appealed to members of the public to see fighting crimes as a collective responsibility by assisting 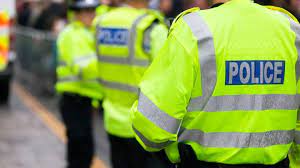 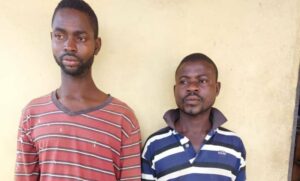 Two Brothers In Police Net Over Kidnap Of Mother, Son For Ritual

The police in Ogun on Friday arrested two brothers, Ayomide Babatunde and Gbenga Babatunde who allegedly lured a woman and her nine-year-old son for ritual. Tragedy hit the Maiduguri, Borno State as a police officer shot and murdered at least six of his colleagues.   Security Focus gathered that the