Recall that in a viral videos circulating in the social media, the driver when apprehended by the Department of State Services confessed to having raped the deceased but in a follow-up video in branded government outfit, Nice recanted.

However, in a statement issued on Tuesday titled, ‘Murder inside BRT: IGP and Federal Government should take over investigation’, Adegboruwa insisted that the Lagos State Govt has a lot of questions to answer and therefore urged the Inspector General of Police, Usman Baba, to take up the case for justice to be served.

“Events unfolding concerning the murder of Miss Oluwabamishe Ayanwole are as intriguing as they are worrisome. Following public outcry and media monitoring, the Lagos State Government hurriedly packaged the Bus Rapid Transfer driver for media interview, to give the impression that he was innocent of the crime.”

He added, “Some further revelations have now thrown up very serious questions that the Lagos State Government must answer, if it is not covering up this dastardly act of daylight murder.

“In a homicide matter of this magnitude, how can a prime suspect who was declared missing, be handed over to government by the security agencies?

“A video of his initial arrest showed that the driver confessed to having carnal knowledge of the deceased, in very remorseful fashion. He was dressed in shabby and disheveled attire, truly reflecting his fugitive status as of the time of his arrest.

“Who then packaged a crime suspect, to turn out clean shaven, dressed in specially designed Lagos State Government outfit and now well tutored to claim innocence to set up the cock and bull story of hijack?

“Why was Lagos State Government romancing a murder suspect?

“And why was he paraded on a selected media of TV Continental, over which Lagos State has influence through patronage?

“What is the business of Lagos State in the interrogation of a murder suspect?

“The Commissioner of Police had earlier addressed the press to the extent that the suspect had confessed to the crime before Lagos State emerged with the latter James Bond storyline.

“What interest is the government serving to cover up a clear case of blue murder?

“Has there been other cases of ritual killings in BRT buses to which the government has become accustomed?

“Why will a driver whose bus was hijacked and has thus become a victim himself then bolt away for days without reporting to his employers?

The Nasarawa State Police Command has arrested two suspects involved in the physical assault of a teenager in a video going viral on social media. 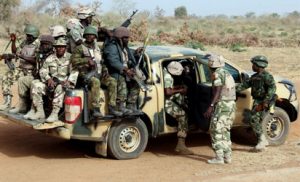 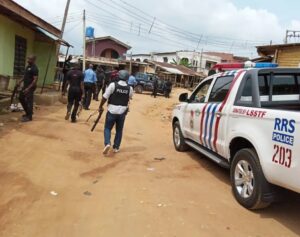 …Two Killed, Many Injured   Two persons were feared killed and many others injured as hoodlums suspected to be cultists unleashed violence on residents and The police have arrested lawyer and human rights activist, Prof. Zainab Duke Abiola has allegedly assaulted her orderly in Abuja.   The alleged assault, it 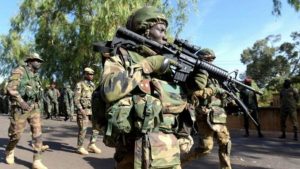 Troops  has rescued seven people from the clutches of bandits at Ungwan Garama near Maraban Rido in Chikun local government area of Kaduna state, the