The Police in Borno has arrested seven members of an ATM robbery syndicate in Maiduguri.

The Commissioner of Police in the state, Mr Abdu Umar, said this in an interview with the News Agency of Nigeria (NAN) on Thursday.

Umar said two of the suspects were arrested on February 22, after they swindled their victim, using her ATM.

According to him, their confession led to the arrest of the other five suspects.

He named the two suspects as Mohammed Medugu and Usman Saidu both of Bulumkutu Ward in Maiduguri.

The commissioner of police said the suspects belonged to a nine-man syndicate.

He said that on February 17, Medugu and Saidu conspired with two others at large and robbed a victim, Fati Al-Fantami of her ATM card.

Umar said the suspects copied Al-Fantami’s PIN number at a commercial bank in Bulumkutu, when she was trying to make some withdrawals.

“When the transaction could not be completed, the customer decided to return home. The culprits followed her and robbed her of the ATM card and then fled in a tricycle.

“The suspects went to another ATM within the city and withdrew the sum of N65,000 from the victim’s account,’’ Umar said.

He said that acting on coordinated intelligence, the police Crack Squad trailed and arrested the suspects.

The commissioner of police said that the suspects confessed to the crime, adding that the ATM card and N65,000 were recovered from them.

He said the command was intensifying effort to arrest the two suspects at large. 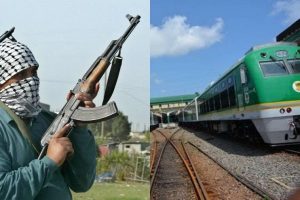 …Give Seven-Day Ultimatum To Meet Their Demands   Terrorists who attacked and kidnapped the 28 March 2022 Abuja-Kaduna bound train passengers have threatened to, within

Gunmen attacked an Onitsha, Anambra state bound commercial bus, abducted the driver and ten passengers in Benue State. It was gathered that the victims were

2 Students Stabbed By Mates Over Football Argument In Bauchi

The Bauchi State Police Command, on Thursday, confirmed the arrest of an SS3 student of Government Secondary School, Games Village in Bauchi metropolis for allegedly 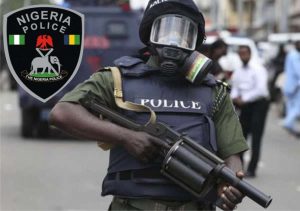 The Police Command in Ebonyi said two people, including a baby died as its men repelled a gun-toting kidnap gang, targeting an expatriate working for A suspected internet fraudster, popularly referred to as “Yahoo boy”, has reportedly stabbed a commercial sex worker to death. The incident occurred in a hotel