The Police also recovered the victim’s vehicle, a silver Lexus RX 350 car with Reg. No. ASB 124 HK, from the kidnappers.

The kidnappers abandoned the victim and fled the crime scene due to a hot chase by the police.

The rescue mission was made possible by Operatives of the Dragon Patrol Teams 27, 28, 19, 20, and 16 that were deployed to the scene by the Divisional Police Officer,DPO.

“He stated that they drove towards Ughelli in Ughelli North LGA.

“The teams went on an intelligent led operation and trailed the kidnappers to PTI junction Effurun, where the kidnappers upon noticing that the teams were closing in on them abandoned the victim and the vehicle and fled.

“The victim (name withheld) ‘m’ age 22yrs of Ozoro was rescued unhurt and the vehicle recovered.” 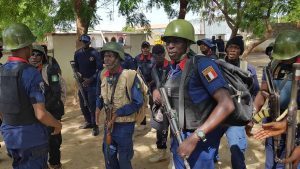 A 41-year-old man, AbdulKadir Bolaji, who goes about parading himself as a soldier and two other suspects have been arrested by the Kwara State command

… Excretes 95 Pellets Of Heroin A 36-year-old Nigerian, based in Italy, Nwakanma Uche, has excreted 95 pellets of heroin, after he was arrested by 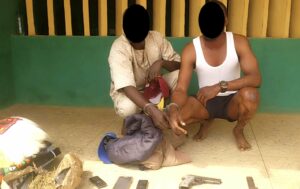 The Edo State Police Command on Saturday said it arrested a total of 102 kidnap suspects and rescued 68 kidnap victims between January and December, KEBBI State Commissioner of Police, Ahmed Magaji-Kontagora, has again appealed to members of the public to see fighting crimes as a collective responsibility by assisting