Many residents were jolted from their sleep in the early hours of Friday after a fuel-laden tanker fell at Alagbodo, along Lagos-Abeokuta Expressway and went up in flames, burning houses and shops.

It was learnt that emergency officials, including firefighters from the Lagos State Fire Service, are currently at the scene battling to put out the fire and salvage other properties.

It was gathered the fire broke out around 3am while some miscreants were scooping fuel from the fallen tanker.

The Oloso of Oso, Oba Clement Jimoh Olukotun, in Ajowa-Akoko in the Akoko North-West Local Government Area of Ondo State, has been abducted by gun-wielding

Three members of the dreaded Eiye confraternity identified as Odukoya Odushina, Subomi Popoola and Itunuoluwa Taiwo involved in a series of killings in Ijebu Ode 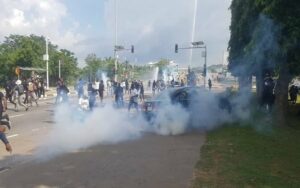 An apparent Russian airstrike hit Kyiv’s main television tower in the heart of the Ukrainian capital on Tuesday, knocking out some state broadcasting but leaving 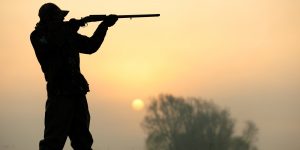 I Killed An Antelope, Not Human Being, Suspect Tells Police

Suleiman Jimoh, a resident of Alaguntan village, Orile-Owu, in Ayedaade Local Government Area of Osun State is now cooling his heels in police detention after