The Ansaru terrorists’ group, a splinter of the dreaded Boko Haram terrorists, has commenced recruitment across communities in the Birnin-Gwari Local government Area of Kaduna State.

According to DAILY POST, members of the Ansaru group, in their bid to lure residents, mostly young people into their deadly group, decided to provide Sallah gifts to residents of communities in Birnin-Gwari.

The insurgents, believed to have been operating for years, along the Birnin-Gwari axis, are responsible for many deadly attacks in Kaduna and its environs.

“They distributed gifts, preached to them, and assured them of safety against any attack,” he said.

A resident of one of the villages, Abdullahi Madaki said they distributed biscuits, performed motorcycle stunts to the delight of villagers and distributed pamphlets, flash disks and other accessories to inform people about the activities of the group.

Abdullahi said the terrorists vowed to protect them against any invasion and unjust maltreatment.

The group had a violent clash with bandits in October 2021, which claimed the lives of over 30 bandits operating around the Damari axis, Birnin-Gwari LGA.

Suspected members of the group also last year attacked a military formation along the Kaduna-Birnin-Gwari highway, killing 11 soldiers and four villagers, and injuring many others.

They reportedly claimed responsibility for the bombing of two Armoured Personnel Carriers (APC), attached to the security personnel.

They were also said to be responsible for the attack on the Kaduna-Abuja train that claimed the lives of eight persons and wounded 26 others. Scores of passengers were also abducted.

‘Protect Your Kids,’ Nigerian Police Gives 15 Tips On How To Stay Safe Amid Insecurity

Nigeria’s security situation has continued to be a major concern for not just the people, but the government at various levels.   Although the Federal 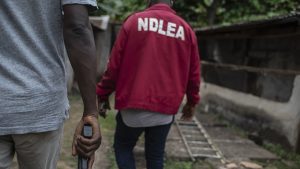 The National Drug Law Enforcement Agency (NDLEA) has secured 984 convictions since January this year.   The Chairman and Chief Executive Officer of the NDLEA, Former Governor of Imo State Ikedi Ohakim escaped death by the whiskers on Monday evening, following an attack on his convoy by gunmen that claimed

The Inspector General of Police, Usman Baba, has ordered the posting of new Commissioners of Police in Imo, Kaduna, Edo, and Adamawa in a bid 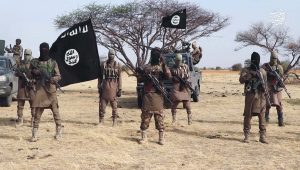 Experts have lamented the level of devastation and negative impact insecurity has brought upon the country.   In a latest study carried out by Nextier,