…We Had No Intention to Rape But To Kidnap, Suspect Confesses

…They Threatened to Kill Me If I Don’t Cooperate, Victim Reacts

Operatives of the Force Intelligence Bureau Intelligence Response Team (FIB-IRT) have arrested kidnappers known to terrorize the people and most especially travelers along the Kaduna-Abuja highway.

Their arrest was confirmed in a statement issued by the Force PRO Olumuyiwa Adejobi in Abuja.

Security Focus (SF) gathered that the kidnappers faced their water loom after invading Bandoko area of Kachia Local Govt in Kaduna, where they kidnapped one of the residents.

The attack which took place on April 29, 2022, saw the kidnappers burst into the home of a woman who sells ‘Furah-Denumu’ took advantage of raping her repeatedly all night before fleeing away with the victim’s husband (Jibril) and his motorcycle to an undisclosed location.

However, the incident sent a shock wave to the people of the community as they immediately informed the FIB-IRT in order to seek help.

Upon receiving the distress call, the FIB-IRT swung into action as they combed all nooks and crannies of the communities before identifying their hideout in Gbadoko forest and securing the arrest of one of the kidnappers, Abdukrahman Lolo, who happens to be a herder. 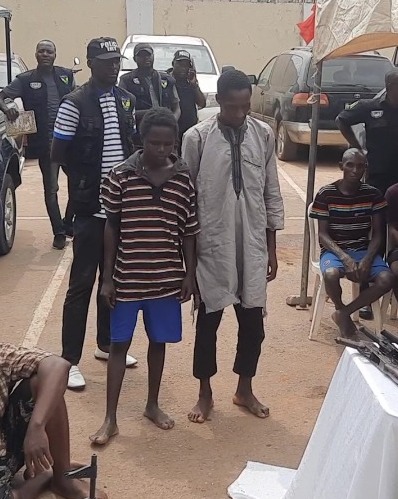 Besides, the other kidnappers are still on the wanted list of the FIB-IRT.

Recounting how he met his waterloo, the Lolo said that he regretted his action and it was his first time engaging in such a criminal act.

Lolo, “I and one Abubarka Baya rear cows in the same village. Abubakar asked me to follow him to a Fulani ruga settlement in the same area. Our plan is to abduct a woman for the purpose of raping her, but it turned out to be the kidnapping of her husband. We only made use of torchlights, cutlasses, and sticks, not guns. Others who went together with me for the operation are Sani, Abubakar, Umar, and Seif. All of us are boys of Alhaji Lolo of Gadam Mallam-Mamam… the other boys mentioned have been going out for operations before, but this is my first time. The role I played was to mount road and pass information to other members who escaped when police chased us.”

Narrating his bitter ordeal from the den of the kidnappers, Jubril stated that they threatened to kill him if he fails to cooperate with them.

“An unidentified group of persons invaded my house, flashed torchlights in my eyes and I couldn’t see. They threatened to kill my family and me if I do not cooperate with them. They ordered me to remove my clothes, and at the same time, requested the key to my motorcycle, which I quickly surrendered to them. They used my clothes to blindfold my eyes and tied my two hands to the back. They led me out of the house to my bike and drove me away. I was rescued by the IRT men.” 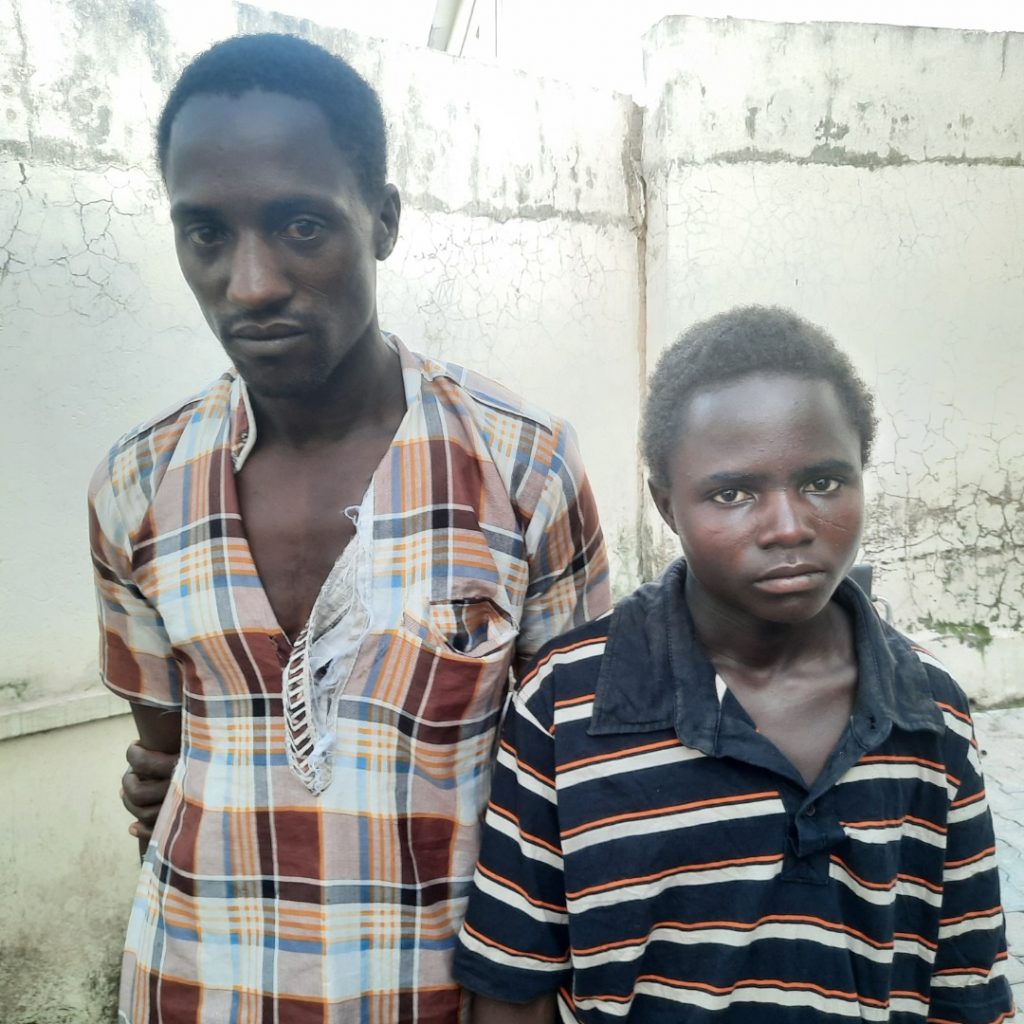 Meanwhile, extensive investigation by operatives of the FIB-IRT on the case led to the arrest of another member of the gang, Mohammed Sanni, a 26-year-old herder.

He also confessed to the crime and is assisting the police with information.

Consequently, the Force PPRO, CSP Muyiwa Adejobi has revealed that the Inspector General of Police, IGP Baba Alkali, has directed the Commander of IRT, DCP Olatunji Disu, to ensure prompt prosecution of all cases and make sure peace return to Abuja-Kaduna highway.

Adejobi also noted that police officers are more effective when members of the public provide them with useful and timely information. 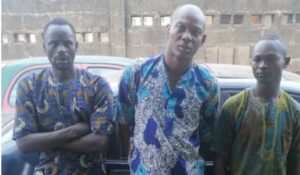 The police in Ogun State have arrested three men for allegedly snatching a car in Abeokuta. The suspected car snatchers were identified by the Ogun 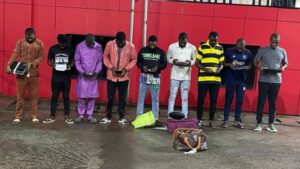 Nine suspected internet fraudsters have been arrested by Operatives of the Economic and Financial Crimes Commission, EFCC, Abuja Zonal Command.   The suspects were arrested Members of a Kaduna State-based kidnap gang have confessed how they lured a ginger trader from the market to the bush before kidnapping him. Two 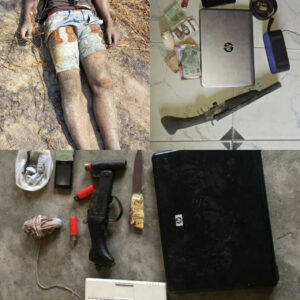 Two armed robbery suspects have been killed in Delta state.   A statement released by the the spokesperson of the state police command, DSP Bright Edafe,

The Police in Edo, on Tuesday, disclosed that they shot and killed a notorious armed robbery suspect, recovered one pump action gun and 5 live