The police in Ekiti State have arrested a prime suspect, Samuel Omoyoyinbo, who allegedly led a criminal gang that kidnapped a Chinese expatriate and contractor handling the new Ado-Ado Iyin dualisation project in the state.

Also arrested were 29 other suspects for offences relating to robbery, kidnapping, cattle rustling, motorbike stealing, among others.

Parading the suspects in Ado Ekiti on Saturday, the Police Commissioner, Mr Morounkeji Adesina, said Omoyoyinbo allegedly abducted the Chinese expatriate while working on the site in May, 2020.

Adesina, represented by the Command’s Public Relations Officer, Sunday Abutu, revealed that on 29 March, 2022, at about 11pm, a gang of armed men numbering about six stormed Maxwell Hospital, Nova Road, Ado-Ekiti and robbed Dr. Ojo Emmanuel, Balogun Ahmed and other staff and patients in the Hospital of their belongings such as mobile phones, laptop computers, and a sum of N50,000.

Upon their departure from the Hospital, the CP revealed that the armed robbers also hijacked one Toyota Corolla car valued at N3m.

“Further investigation led to the arrest of one Lasisi Afeez and one itel phone belonging to one of the victims which was carted away from the scene of crime was found in his possession.”

The Commissioner added further that during interrogation, the suspect confessed to be among the armed robbers that robbed the hospital alongside one Omotoyinbo Samuel, Ajewole Peter and one Ladele, who is currently at large.

“Investigation led to the arrest of Omotoyinbo Samuel in Lagos by the Command’s RRS operatives alongside his wife Omotoyinbo Omowumi. Omotoyinbo Samuel, who was the leader of the gang, confessed to the commission of the crime that took place at Maxwell Hospital, Ado-Ekiti.

“He confessed further that he was among the armed robbery gang that attacked Wema bank, Iyin-Ekiti in 2020 and mentioned one Afe Ayodeji, Adejumo Kehinde and Adinoi Samuel as members of his syndicate who are based in Abuja and Ondo State.

“He also confessed that himself and his gang members were the ones who kidnapped a Chinese expatriate at a construction site in new Iyin road, Ado-Ekiti in 2020.”

The police also nabbed Dairu Adamu, Usman Saidu and Nura Usman who were notorious kidnappers and cattle rustlers, who on March 31, 2022 at about 4pm allegedly accosted one Sani Mamuda, a Fulani herdsman, who was rearing his cattle along Eruku-Itapaji forest.

Adesina said in the process, the hoodlums, at gunpoint, rustled 35 cattle from Mamuda, while he managed to escape the scene.

The Command operatives equally busted a syndicate of armed robbers, who specializes in snatching motorcycles at gun points and selling to receivers in Ondo and Zamfara States.

The Police boss stated that; “Investigation revealed that motorcycles robbed by this syndicate were in turn sold to notorious receivers and their agents in Ondo and Zamfara States.” 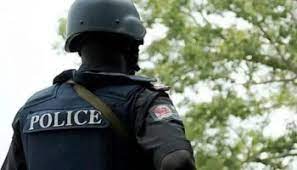 A sus[ected car thief, John Amaechi, has been arrested by the police in the Orile Police Division of Lagos State for allegedly stabbing a resident 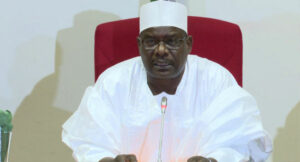 Senator Ali Ndume, the Chairman of the Senate Army Committee has stated that the Nigerian military is underfunded and also, under-staffed to fight the rising Niger State Commissioner of Police Ogundele J. Ayodeji has debunked alleged attacks on a military checkpoint at Zuma Rock, and rumours of the influx of