Gunmen suspected to be bandits reportedly stormed Jere community in Kagarko Local Government Area of Kaduna State, killed a husband and kidnapped his pregnant wife as well as three others.

The abducted members of the community are said to be family members of a former Commissioner of Poverty Alleviation in Kaduna State, Abdulrahman Ibrahim Jere.

A resident in the area, Usman Dankabo  said the bandits stormed the community and started picking their victims in a house to house search.

He said he narrowly escaped, as he jumped through the fence, and ran to the bush.

” The bandits entered the community and were picking their victims until they reached the house of a newly wedded couple, with a pregnant wife. They forced the woman but the husband resisted. They shot the husband, and took her away,” he said.

He said the bandits picked four relatives and the wife of a former Commissioner, Abdulrahman Ibrahim Jere.

Kaduna State Police Public Relations Officer, ASP Mohammed Jalige, did not pick his calls to confirm the incident as of the time of filing this report. 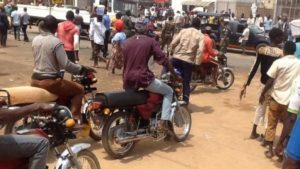 Just In: Tension As Okada Riders, Police Clash In Lagos

Riders of commercial motorcycles popularly known as Okada and the police operatives were involved in a violent clash on Thursday in Lagos State.   Recall

Police operatives in Bayelsa State have arrested a 50-year-old man, Joseph Godfrey, for allegedly luring unsuspecting female job-seekers to a hotel and sexually assaulting them. 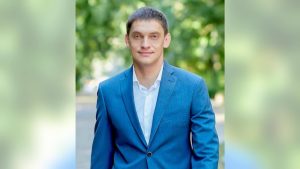 A Ukrainian mayor who was abducted by Russian forces last week has been released from captivity, officials said Wednesday.   The news that Melitopol Mayor

‘We Deserve Respect’, Police Speak On Success Of Osun Election