Suleiman Ibrahim who was kidnapped alongside a Kaduna Polytechnic lecturer, Engr. Ramatu Abarshi and her daughter Ameera, has said that it was only by divine intervention that he escaped being killed while in the kidnappers’ den.

Speaking in a recorded phone conversation, Ibrahim who was driving a Golf car when the trio were kidnapped along the Kachia-Kaduna highway, said one of the bandits king pins, Kachalla Doctor, had planned to kill him and the lecturer, but said he would keep her daughter Ameera as his 6th wife.

According to him, “Kachalla and many other bandits lived a life of affluence in the forest where they normally turned sacks full of money into pillows. One of the bandits leaders had even asked the KADPOLY lecturer if she could pave way for him to buy a mansion in Kaduna where he could live and enjoy his retirement even if such house is in trillions. Sometimes you hear them sending 10 or 20 million naira to their girlfriends.

“The bandits, mostly Fulani,were so many in the Birnin-Gwari forest and possessed big weapons, where they lived with their wives and children. They are in thousands, a small Army cannot defeat them. They have big guns, they are in groups with each group under the leadership of a king pin.

“Even when they waylaid and kidnapped us, they came in large number, about a thousand. At that time they fired at a hilux with RPG killing some of the occupants. Among those who kidnapped us were a Fulani gunman from Benin Republic.

“When they saw my driver’s licence and that of Ameera, they concluded that we were police operatives and threatened to kill us. It was one of them who could read that told them we were not police operatives. They took us on motorbikes while we trekked for four days. We were in Niger state before they brought us to Birnin Gwari forest, Buruku forest and later to a village near Sabon Birni.

“At Buruku, their wives were not happy with what they are doing. They liked Ameera and she was later taken to their place because they were indulging in rape. They beat me severely, it affected my kidney because I was urinating blood. We were fed with mangoes and drank murky water. A Fanta bottle of water was given for three to share, the same water that cows drank.

“I never thought I will escape death, even when they released Hajiya (the KADPOLY lecturer), I gave her my ATM card for onward delivery to my wife and asked her to tell my relations to take care of my children. Their little children hate Hausas especially, sometimes they also beat us. We were tied with ropes.”

He said initially, he had not planned to travel on that dangerous route but was persuaded by a nephew to the KADPOLY lecturer to leave the Samunaka – Pambeguwa Road and follow the Zangon kataf -Kachia axis where they fell into the hands of the bandits, while the nephew suspected to have given them away. 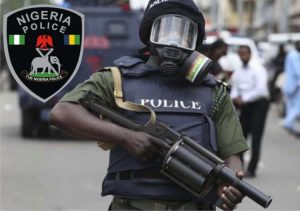 The Osun State Police Command has announced that it has commenced a discreet investigation to unravel the circumstances surrounding the death of one Toyin Oluwaseun, 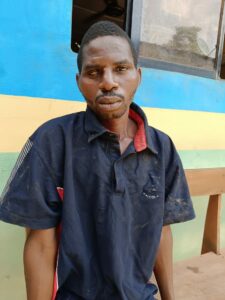 A 36-year-old homosexual, Sikiru Ajibola, allegedly sodomized a five-year-old boy till he died in Ogun State. It was learnt that the incident happened Friday at 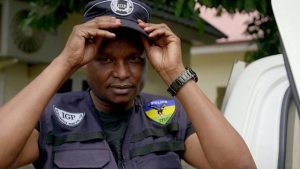 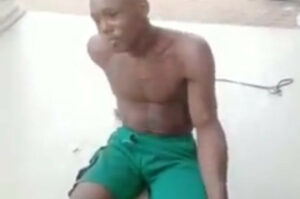 Members of a local vigilante have arrested a notorious gunman, Chukwuma Ejionye, in Ezinifitte, Nnewi South Local Government Area of Anambra State. The native of Awo, Ezinifite in

The Adamawa State Command of the Nigeria Police Force has dismissed a viral video about the Customs office complex in the state capital, Yola, being