This is even he has ordered tactical and intelligence Commanders of the Force to deploy assets towards tackling perpetrators of economic crimes aimed at sabotaging and weakening the revenue-generating apparatus of the country.

In a statement signed by the Force Spokesman, Olumuyiwa Adejobi (CSP), the IGP stressed that the actions of economic saboteurs which has caused huge losses in different parts of the country have become worrisome.

The IGP, therefore, charged the newly appointed Assistant Commissioner of Police (ACP) in charge of the IGP Special Task Force on Petroleum and Illegal Bunkering (IGP-STFPIB),  Lot Lantoh Garba, to improve on the fight against economic crimes.

According to the statement, CP  Lot recently supervised the arrest of a 40-feet container truck conveying  large quantities of crude products suspected to be illegally refined Automotive Gas Oil (AGO) stuffed in sacks, in Port Harcourt, Rivers state.

“The truck with Registration Number JRV 322 XV was driven by 54-year-old Chukwudi Okafor, who has been arrested in connection with the offence.

“Preliminary investigation has shown that the driver is a member of a high-powered syndicate responsible for illegal bunkering in the area and beyond, and the arrest of the driver has definitely provided a lead to the arrest of other members of the syndicate.

“The recovered truck with the accompanying product is currently in police custody at the Refinery Life Camp Division, Eleme, pending the conclusion of investigations,” the statement said.

The IGP, has, therefore, warned police operatives attached to the Task Force to be focused, committed, and patriotic and charged them to discharge their duties devoid of corruption, favouritism and compromise.

He further warned all economic saboteurs to cease their unwholesome activities, vowing that if arrested they would be made to face the full wrath of the law.

The Force, according to the IGP, is deepening synergy with other agencies in internal security to curtail increasing economic crimes and other forms of crimes in the country. 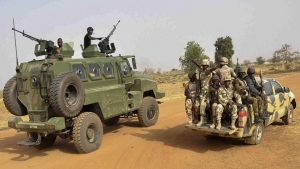 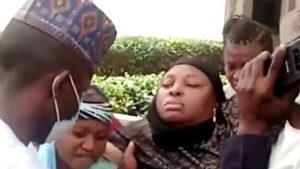 Ramatu Kyari, wife of the suspended Deputy Commissioner of Police (DCP), Abba Kyari, on Monday, fainted and slumped at the Federal High Court in Abuja. 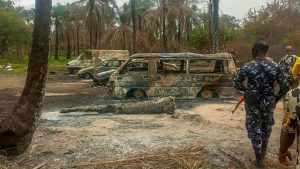 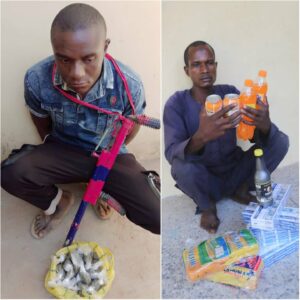 The Niger State Police Command has arrested one Shehu Baidu, suspected of being a member of a kidnapping syndicate terrorizing Gurara, Lapai Local government areas 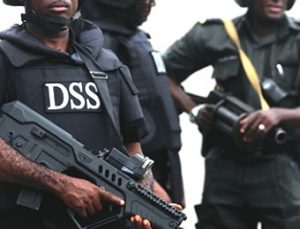