THE Zamfara Police Command says it has dislodged some bandits in the state, and recovered four guns and 236 rounds of live ammunition.

The Command said it also arrested one of the bandits during the operation.

This was disclosed in a statement that the Public Relations Officer of the Command, Shehu Mohammed, sent to The ICIR today.

According to Mohammed, the tactical operatives of the Command acted on intelligence information.

The statement read, “Tactical Operatives, while on Anti-Banditry patrol, acting on intelligence information about an attempt by a notorious bandit’s group led by its leader, Alhaji Bello, to invade and attack some communities in Anka and Bukkuyum LGAs, respectively.

“The Police operatives swung into action and moved to the nearby bandit’s enclaves, which led to a serious gun battle between the bandits and police operatives.

“The superior firepower of the Police successfully dislodged the bandits, a situation that forced them to flee with possible gunshot wounds. One of the most wanted bandits in the Camp called Isiyaku Babangida ‘m’ of Kabe Village of Kebbi State was arrested, while exhibits were recovered at the scene.”

Items recovered from the bandits, according to the police, were two AK47 rifles, two locally fabricated guns, and 236 rounds of live ammunition.

The police confirmed that in the course of interrogation, the suspect explained how he and his other group members that bore Ak 47 rifles invaded several villages in Anka, Bukkuyum, Gummi, and rustled an unspecified number of cattle, kidnapped many innocent people and kept them in captivity until their relations paid ransoms.

In addition, the police said it also arrested a member of a notorious syndicate that specialised in spying on people, withdrawing money from banks in order to rob them.

The statement added that N3.5 million was recovered from the suspect.

“On 23rd September 2022 at about 1700hrs, a complainant, one Nura Umar Shinkafi, ‘m’ attached to the Zamfara State Investment Office Gusau, reported to the Police that, on the same date at about 1630 hours, unknown person(s) broke the left side glass of his Peugeot 406 vehicle with registration number Abuja RSH 531 RD.

“They made away with his bag containing his HP Laptop, black in colour with serial number CND0515RPN, valued at two hundred and fifty thousand naira (N250,000); one Zamfara State Investment I.D Card; and the sum of three million four hundred and seventy-three thousand naira (N3,473,000).

“On 5th September 2022, the Police detectives acted on intelligence information from the Situation Control Room in the Government House, Gusau, and arrested the suspect,” Mohammed stated.

The police said that during investigation, the suspect confessed that his group had a syndicate that specialised in monitoring customers withdrawing cash from banks and then followed them until the monies were snatched.

According to the police, the suspect further stated that he and his syndicate members had perpetrated similar crimes in Borno, Bauchi, Kebbi and Sokoto states on many occasions. 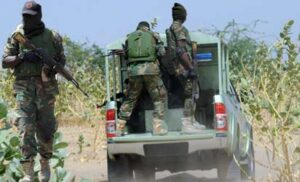 Gunmen have abducted a former Commissioner in Adamawa State and demanded N30 million ransom from his family.   Babangida Abubakar Idris, a Commissioner for Housing 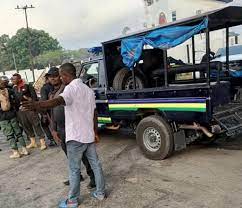 Operatives of the Edo State Police Command has arrested an electrician, Austine Ekhigiator, 33, for allegedly stealing four prepaid meters in the state. It was

Unknown gunmen on Sunday attacked the base of the Federal Road Safety Commission (FRSC) in Anambra State.   The incident took place along Igboukwu -Ezinifite-Uga 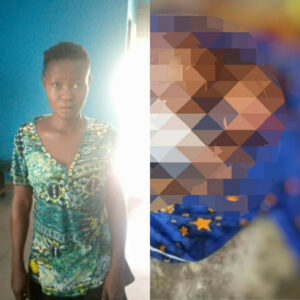 The police in Cross River state have arrested a yet-to-be-identified woman for allegedly beheading her 11-month-old baby in the Yonen community of Ugep, Yakurr local government area