Travellers Kidnapped By Gunmen In Military Uniform Along Lagos-Ibadan Expressway

Some travellers have been abducted along the Lagos-Ibadan Expressway on Friday evening.

It was gathered that the gunmen were dressed in military uniforms.

As a result of the incident, many vehicles decided to turn around and go in the opposite direction, causing tension along the road.

The incident occurred around KM 24, on the Lagos-Ibadan Expressway, near Dominion University.

One of the travellers who escaped narrated that the kidnappers were sighted coming from the bush when they launched the attack.

The Oyo State Police Command has confirmed the abduction.

Police Public Relations Officer, Adewale Osifeso, in a statement, said that the Divisional Police Officer in the area had led a team comprising; anti-crime patrol operatives, tactical teams, mobile policemen and local hunters for the immediate rescue of the victims.

He added that expended ammunition shells and four abandoned vehicles were retrieved at the scene.

He said that an officer attached to the command paid the supreme price during the gun duel while another was badly injured.

“On Friday 28/10/2022 at about 1835HRS, operatives of the Command attached to Toll-Gate Division received information about sporadic gunshots heard along the Dominion University end of the Lagos-Ibadan Expressway.

“In a swift response to the above, the Divisional Police Officer led a team comprising; Anti-crime patrol operatives, tactical teams, Police Mobile men and local hunters for immediate rescue and further intervention.

“During the process of prevailing and preventing further chaos from what was evidently an abduction scenario, an Officer attached to the Command paid the supreme price with one other badly injured and presently responding to treatment.

“So far, expended ammunition shells and (4) Four abandoned vehicles were retrieved at the scene.” A former Kaduna Central District Senator, Shehu Sani, has provided an insight into the latest terrorists attack in Southern Kaduna. The rampaging terrorists were said

Police personnel attached to Magumeri Division in Borno State have reportedly repelled Boko Haram/ISWAP attack in the early hours of Sunday. It was gathered that The Islamic State of the West African Province (ISWAP), has eliminated two officials of Boko Haram, Abou Hamza (Munzir) and Abou Ibrahim (Nakib), when they

A lawmaker, Ishaya Bakano, of Song Local Government Council of Adamawa has been killed by gunmen.   A gang of armed men stormed the lawmaker’s 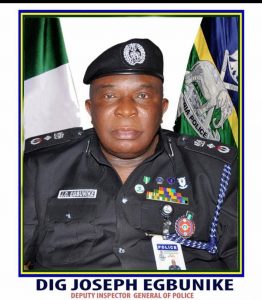 More details have emerged on the circumstances behind the death of the Deputy Inspector General of Police in Charge Force Criminal Investigations Department, and head