The Vigilante Group of Nigeria (VGN) has said that its operatives were not barred from bearing arms by the Federal Capital Territory Security Committee (FCTSC).

Reacting to a circular issued by the committee, the Commander General of the organisation, Navy Captain Umar Bakori (rtd), said it was not possible to carry out the task of providing security in schools in the nation’s capital without arms.

He said the arms used by their personnel were duly registered and cleared by their supervising agency, the Nigeria Security and Civil Defence Corps (NSCDC).

He said the VGN was responsible for the security of public schools within the FCT and could not discharge such herculean task without arms.

The FCT Security Committee, last week, introduced a code of conduct for vigilante groups operating in the territory, placing a ban on the use of firearms by their members.

In the new code of conduct, the security committee also prohibited them from carrying out operations without the presence of the police or the express approval of the Divisional Police Officer (DPO), in their respective jurisdictions.

But a statement issued by the Director of Information and Communication in the FCT, Muhammad Sule, said members of the vigilante groups were permitted to possess and use weapons for self-defence or other lawful purposes as allowed by the DPO.

The measures, were part of the decisions reached by the FCT Security Committee at its 11th meeting presided over by the Minister of the Federal Capital Territory, Muhammad Bello, held at the Gwarinpa I District of Abuja.

He said the new approved code required that any member of the group, who recovered a hazardous weapon from a criminal suspect is expected to keep a detailed account and report to the police for further investigation.

“The Committee permitted the vigilante group to make arrests of anyone, who violates the laws of the land as allowed under the Administration of Criminal Justice Act, 2015,” it said.

At a media briefing in Abuja, however, Bakori said the operatives of the vigilante group “are posted to secure the schools in the FCT.

“We are in all the schools including the University of Abuja and we can’t do this without arms. The Vigilante Group of Nigeria is doing a lot behind the scene to ensure that our country is secured.

“For instance, since the US issued the terror alert, we have not slept, our men have been deployed all over the FCT collaborating with other security agencies. We are also present in all the states of the federation, in the South-west, our members are part of the Amotekun, in the South-east, they are also part of Ebubeagu.”

On remuneration for the members, the commander, explained that the operatives “are not paid a dime for the work they do, they are just volunteers, who are passionate about securing their country”. 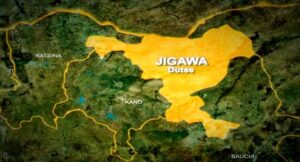 Two people were reportedly killed while many were injured in a farmers/herdsmen clash at Cukuma village, Suletankarkar local Government Area of Jigawa State. The State Two suspected internet fraudsters, otherwise known as Yahoo boys, have confessed to the police how they kidnapped a 40-year-old man and killed him for a

The Lagos state police spokesperson, SP Benjamin Hundeyin, has asked a Nigerian man to delete his tweet after it was discovered that he raised a Authorities of the police have once again said that its personnel have no right to check people’s phones arbitrarily on the road.   Force Public 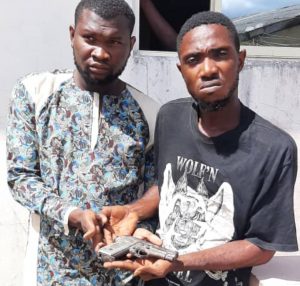 Operatives of the Bayelsa State Police Command have arrested two suspected armed robbers and recovered a Barretta pistol in their possession.   It was learnt 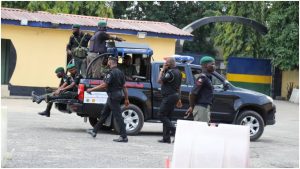 Ukraine’s president has pleaded with Nato to provide his embattled nation with military assistance.   In a video address to the Nato summit in Brussels