The Plateau State Police Command on Friday paraded 10 suspects for crimes ranging from kidnapping, unlawful possession of firearms and ammunition, railway vandals, culpable homicide and cattle rustling, among others.

Commissioner of Police in the State, Bartholomew Onyeka, stated while parading the suspects at the Command’s headquarters in Jos, warned that the state is no longer safe for criminals.

Onyeka said, “On the 11th October 2022, at about 20:10 hours while on routine patrol, Police Surveillance team led by the Divisional Police Officer, SP Guful Balmun alongside the Crack Team attached to ‘B’ Division of the Command sighted some unknown gunmen who criminally barricaded the road before St Augustine College Du, Jos South LGA. On sighting the Police, the gunmen opened fire on them but the intrepid police operatives struck and gunned down one of the suspects while others fled with various degree injuries. Exhibits recovered from the suspect include one AK47 rifle with rifle no. AE 353550 and eight (8) rounds of AK47 live ammunition.

“Efforts are on top gear to apprehend other members of the gang as an investigation is still in progress”, maintained.

On the case of unlawful possession of firearm and ammunition, the CP said, “On 23/10/2022 at about 18:30hrs one Adamu Koplang of Kongyel Village, Tel District Mikang LGA who disguised himself as a local medicine seller, was suspected and arrested at a Police Check Point by operatives of Mikang Police Division. When thoroughly searched, one locally made Barretta pistol with three rounds of live ammunition, a YY tool knife for cutting glass and the sum of three thousand naira (N3, 000) were recovered from the suspect.

“The case will be transferred to the State Criminal Investigation Department for further investigation”, he explained.

The Police chief also said, “On the 3rd November 2022, at about 10:30 hours through credible intelligence, one Gideon Gyang 21 years, an escapee of the recent Jos jailbreak who has terrorised and dispossessed unsuspecting residents of Vom in Jos South LGA was apprehended by Police operatives attached to Kaduna Vom Division led by CSP Abuh Emmanuel”

He further stated that “On 3rd November 2022 at about 22:30 hours, a distressed call was put through to Rantya Divisional Police Headquarters that unknown gunmen were shooting aimlessly at River Side, Rantya.

“On receipt of the information, the Divisional Police Officer (DPO) of the Division, SP Iliya Ayuba aggressively led his men to the scene of the incident but the gunmen kidnapped and took off with one Pam Dauda, 36 years old and Victor Goewan, 41 years old both males of River Side Rantya.

“In a bid to arrest and rescue the victims, the Police operatives trailed the suspects and engaged them in a fierce gun battle where they fled and abandoned the victims. The victims were rescued and reunited with their families.

“Effort is being intensified to arrest the fleeing suspects”, he assured.

“Also, on 7th October 2022, at about 14:30 hours a complainant reported at Barkin Ladi Division that his brother, Michael Danladi 27 years old was last seen on 24th September 2022 and that he suspected one Dung Isaac of Maijankai Village, Ropp District and one Danladi Maidoki of Hurum Village, Gashish District over the disappearance of his brother. Immediately after the case was received, a team of Police detectives and Patrol men attached to the division swung into action and arrested the suspects.

“On interrogation confessed that they murdered the victim and buried his corpse in a mining pit behind Hurum Village. Investigation is still in progress”.

On the case of criminal conspiracy, cattle rustling and kidnapping, the CP said, “Sometime in the month of October 2022, a case of Cattle Rustling was reported at Wase Divisional Headquarters by one Alh. Sale Bahago of Safiyo Village, Bashar District of Wase LGA that about two weeks ago some unidentified bandits attacked his Children at gunpoint while grazing at Sabon Layin Safiyo Forest and rustled away his two hundred cows, valued sixty million naira and fled.

“On receipt of the report, the Divisional Police Officer of Bashar, CSP Atiku Yahaya and team swung into action and arrested one Shuaibu Abubakar aged 24yrs, Sale Hassan aged 23yrs and Adamu Saidu aged 26yrs arrested in connection with the case.

“Their arrest further led to the recovery of Sixteen (16) Cows from Mikang LGA. The suspects also confessed their involvement in the kidnap of one Dauda Mohammed, Village head of Pinau in Wase LGA sometime in September 2022 who was later rescued by the security operatives.

“Case transferred to Anti-Kidnapping Unit for discreet investigation” he assured.

The CP advised members of the public to report suspicious movements and persons to the Police and other law enforcement agencies to help nip crimes in the bud.
“On our part, we are prepared to respond within a reasonable time whenever we receive a distress call.

He also called on all residents of the State to cooperate and synergize with the Police by giving timely and useful information in order to fight all forms of criminalities.

As part of efforts by Operation SAFE HAVEN to end criminality in the Southern part of Kaduna State, it has trained a total of 975 The Police in Osun have reported the arrest of Abdulafeez Shorinmade for the murder of Rofiyat Rasaki, 20 year old apprentice in Iwo. Not done 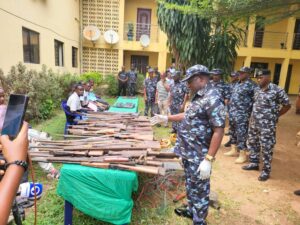 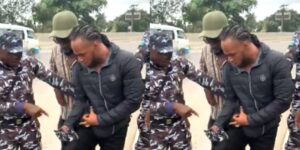 Four citizens have been remanded at the Kirikiri Maximum Correctional facility in Apapa, Lagos.   They are Ehis Tito Odigie, a 33-year-old music producer, and 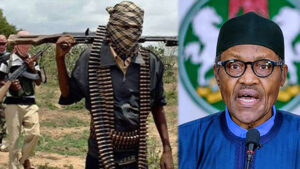 Some South-South residents believed pardoning bandits questioned the nation’s sincerity in fighting insurgency and other crimes. They said the consequences of pardoning them would be