The Inspector-General of Police (IGP), Usman Baba, has blamed the increasing incidences of political violence in the country on some state governors.

Mr Baba said this during a meeting with the leadership of political parties and other stakeholders on Thursday in Abuja.

At a recent meeting of the Inter-Agency Consultative Committee on Electoral Security (ICCES), the National Security Adviser, Babagana Monguno, recently disclosed that the country had witnessed 52 cases of electoral violence in 22 states in one month.

Mr Monguno said President Muhammadu Buhari had given all the security agencies the go-ahead to deal decisively with individuals or groups trying to prevent peaceful conduct of the general election.

On Thursday, Mr Baba said the meeting was called to engage political parties’ leadership on the increasing trend of political violence and to present a common front in addressing the issues.

“We have been receiving reports of some state governors who encourage political thugs.

“They use sub-national security outfits under their control to disrupt seamless and statutorily guaranteed campaign activities of parties or candidates with whom they hold opposing political views.

“In so doing, they deploy their powers and influence to either prevent the mounting of campaign billboards or pull them down.

“They also deny political opponents of spaces to undertake their campaigns or peaceful political congregations in contravention of the provisions of the Electoral Act 2022 (As amended),” he said.

According to him, such actors usually give the wrong direction to their party faithful, arm them, reorient them and encourage them to resort to the use of threat, violence, and other extra-legal means to frustrate competing political parties.

He said political violence in any form, shape or manifestation is an offence under the electoral act and a crime under extant criminal laws of the country.

Mr Baba said the Nigeria Police and other security agencies in fulfilment of their statutory obligations would remain duty-bound to initiate enforcement actions to restore order within the political and national security systems.

He pledged to adopt proactive steps to identify, isolate, apprehend and bring any political actor and their thugs at political rallies or any other political engagement to deserved justice.

“We have also resolved to emplace firm actions that will deter targeted attacks on INEC assets across the country.

“More than a stern warning, this is a clarion call for us all, both as security agencies and political actors to speak out with one voice in condemning political violence,” he said.

Mr Baba said the leadership of political parties are critical in the eradication of political intolerance, threat, violence and other negative tendencies in democratic processes.

He said this was because they are the strategic gatekeepers to our democracy whose conducts or misconducts have a reverberating effect on the actions of their followers.

The IGP appealed to the leadership of political parties to be determined to show the right leadership virtues and publicly dissociate themselves from acts of political brigandage and violence. 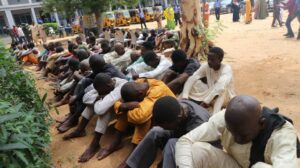 The Kano State Commissioner of Police (CP) Samaila Shu,’aibu Dikko, on Thursday, confirmed the arrest of 198 suspects, for major offences which include; armed robbery,

Bandits on Sunday night abducted 12 farmers at the Unguwan-Yusuf in Evuti/Kpada ward of Lapai Local Government Area of Niger State.   Some of the 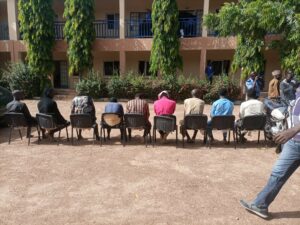 The Jigawa State Police Command has issued a final warning to all criminals to vacate the state. The state commissioner of police CP Effiom Emmanuel 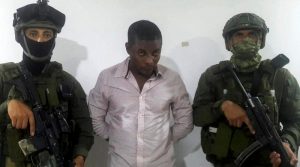 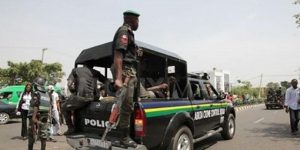 Five suspects have been arrested by the Kano State Police Command in connection with the murder of a 24-year-old woman, Rukkaya Mustapha, at Danbare town 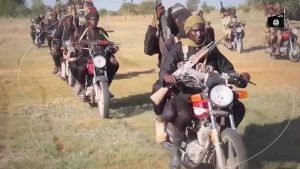 About 22 persons have been reportedly killed and 67 others kidnapped in different attacks by suspected terrorists in communities in Katsina, Zamfara and Kaduna states.