Bandits have killed a school teacher with four others along Layin Lasan Tabanni road‎ in Birnin Gwari Local Government Area of Kaduna State.

It was gathered that 16 people were also abducted at Dogon Dawa, Layin Mahuta and Tabanni villages in the Eastern part of the LGA.

This is contained in a statement issued by Birnin Gwari Vanguard for Security and Good Governance signed by the Chairman, Ibrahim Abubakar Nagwari.

According to them, on March 14, one Haruna Tanko Dogon Dawa‎ and two others were killed by bandits on Dogon Dawa- Zaria road.

“Eight other people were abducted on the same route. At Layin Mahuta (Tabanni) one Abdullahi Abubakar a school Teacher was killed along Layin Lasan’ Tabanni road on Wednesday 16th March 2022.

“While on Thursday 17th, a 70-year-old was also killed and seven women abducted at Layin Mahuta Tabanni. Two other people were abducted at old Tabanni,” Ibrahim Abubakar Nagwari.”

The Chairman added that in Randagi area bandits released 32 people out of the 46 abducted at Unguwar Bula and Ijinga ‎ three weeks ago after paying N16 million ransom.

A youth leader in Kuyello ward, Baban Yara, said the late teacher was his uncle, describing him as an honest man.

The Local Government Chairperson, Hajiya Ummah K.‎ Ahmed, also confirmed the killing of the teacher by the bandits but said one other person was injured. However, the injured has been taken to the hospital for treatment.

“I only know of the teacher that was killed and one other person that sustained gunshot injury which I ordered for his treatment. So, I’m not aware of the other incidents and abductions the group mentioned,” she simply said.

Zamfara State police Command has confirmed the clash between Zamfara State Anti-Thuggery Committee operatives and some criminal elements on Thursday evening in Gusau, the State 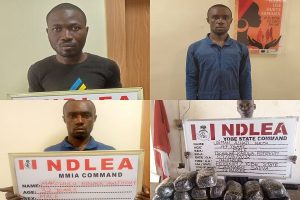 US, Dubai-Bound Drugs Seized As NDLEA Arrests 39 In Raids 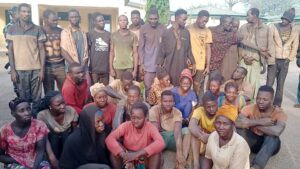 The police in Nasarawa state has rescued thirty (30) kidnapped victims.   A statement released by the spokesperson of the state police command, DSP Ramhan Nansel, says 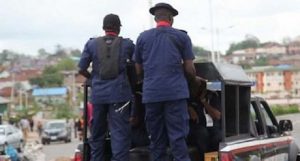 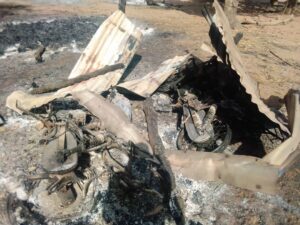 One Killed As farmers, Fulani Clash In Kwara

A bloody clash between farmers and Fulani herders which occurred at Rogu Village in Patigi Local Government Area of Kwara state, claimed one life. It 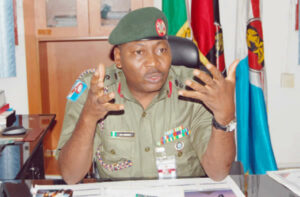 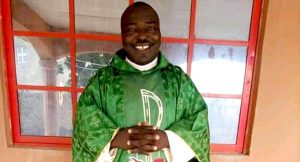 Reverend Father John Cheitnum, one of the two Catholic priests abducted in Lere Local Government Area (LGA) of Kaduna State, has been killed by his