A Federal High Court, Abuja, on Wednesday, fixed June 2 for a hearing of the extradition suit filed by the Attorney-General of the Federation (AGF) against suspended DCP Abba Kyari.

Justice Inyang Ekwo fixed the date after counsel for the AGF, Pius Akutah, applied for more time to enable parties to respond to processes served on each other by Mahmud Magaji, SAN, lawyer to Kyari.

Akutah informed that though the court, in the last adjourned date, fixed today for hearing in the matter, he had a motion for extension of time dated and filed on April 19.

After the application was not opposed by Mahmud Magaji, SAN, counsel to Kari, Justice Ekwo granted the order as prayed.
The judge then adjourned the matter until June 2 for a hearing.

The News Agency of Nigeria (NAN) reports that the hearing in the suit was, on March 23, suffered a setback.

The development occurred when Nureni Jimoh, SAN, who appeared for Kyari then, told Justice Ekwo shortly after the matter was called for mention but he was yet to be served with the AGF’s processes.

NAN had, on March 9, reported that the court had fixed today, March 23, for the hearing of the extradition application.

The Federal Government had sought for Kyari’s extradition to the United States (U.S) to answer a case over his alleged link with the fraudster, Ramon Abbas, aka Hushpuppi.

The Federal Government, through the Office of the AGF, had filed the application marked: FHC/ABJ/CS/249/2022.

The suit, titled: “Application for the Extradition of Abba Kyari to the U.S.,” was dated and filed on March 2.

While the AGF is the applicant, Kyari is the respondent in the application.

Kyari was formerly the head of the Inspector-General of Police Special Intelligence Response Team (IRT).

The application was filed under the Extradition Act, as part of the Nigerian government’s approval of the request by the U. S. for Kyari’s extradition.

Ayokunle Edgal, a staff of a telecommunication company in Abuja, has raised alarm over threats to his life by unknown assailants.   He has alerted The Nigerian Security and Civil Defence Corps, NSCDC, has arrested a 30-year-old man, Shamsu Haruna, for allegedly defrauding his friends in the Jahun Local Government At least one person was reported dead and several others injured as unknown gunmen attacked a campaign rally of the Peoples Democratic Party, PDP, in 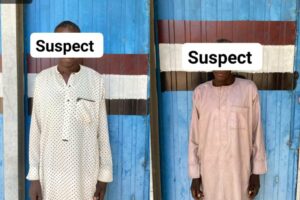 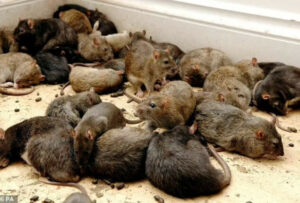