The incident occurred at about 6:20a.m on Friday.

It was gathered that the gunmen were said to be en­forcing a 2-day sit-at-home purportedly declared by the yet-to-be-identified separat­ist group in the South-East geopolitical zone.

But the Indigenous Peo­ples of Biafra (IPOB), had in a statement signed by Emma Powerful, it’s media and pub­licity coordinator, said that the group had not declared any sit-at-home in the South- East and urged the people to ignore the purported order

The sit-at-home, accord­ing to the group, was meant to protest the two-day work­ing visit by President Mu­hammadu Buhari to Ebonyi State.

Buhari was in Ebonyi on Thursday and Friday, this week where he commis­sioned some projects exe­cuted by Governor David Umahi’s administration.

No casualty was recorded, according to eyewitnesses.

An eyewitness, Mr. An­ayo Chukwuemeka, said the attackers fired several gunshots that got residents panicking and scampering for safety.

“It happened in a flash. But, when normalcy re­turned, we came out, we saw that a vehicle has been burnt beyond recognition.

“The driver of the vehi­cle who managed to escape told us that the gunmen said they were enforcing the sit-at-home declared in protest of President Muhammadu Buhari’s visit to Ebonyi.

“A motorcycle operator who also escaped the at­tackers’ gunshots told us that they fired at him but he miraculously dodged the bullets,” he said.

Mr Simon Onwe, a shop owner in the area, told our Correspondent that the at­tackers came in a vehicle without a number plate and shot sporadically in the air and fled immediately.

“I was still inside my shop because I slept there; I heard the gunshots but I discovered later that they left a vehicle burnt beyond recognition while a motorcycle operator told us that he narrowly es­caped their bullets,” Simon added. 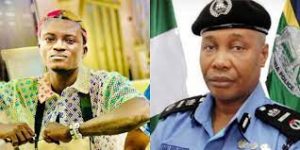 The Inspector-General Of Police, Usman Baba, has ordered the probe of music star, Habeeb Okikiola, better known as Portable, over his alleged ties to One 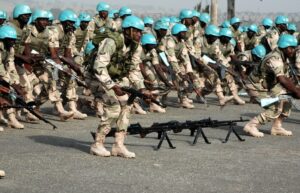 Nigerian Army To Partake In Peacekeeping Exercise In Mali

As part of its National Multidimensional Integrated Stabilisation Mission in the region, 65 troops of the Nigerian Medical Contingent 9, Level II Hospital have been Man’s Hands Chopped Off By Bandits In Zamfara

Bandits in Zamfara State have amputated the hands of a resident identified as Samaila Muhammad.   The victim was attacked after an incursion into his 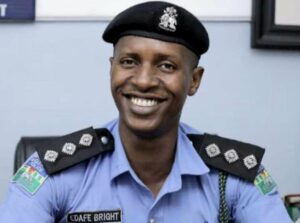 A Deputy Superintendent of Police, Bright Edafe, has criticized Nigerian security operatives that cash in on drivers’ faults.   Edafe is the Public Relations Officer 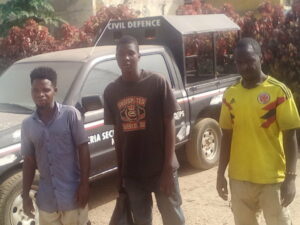 NSCDC Nabs 3 Suspects For Diverting 33,000 Litres Of PMS In Kwara 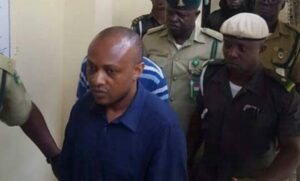