Two pregnant women have been arrested by the National Drug Law Enforcement Agency (NDLEA) at the Murtala Muhammed International Airport (MMIA) in Lagos for attempting to import and export illicit drugs.

Last Wednesday, NDLEA operatives at the SAHCO export shed of the airport intercepted some cartons of alcoholic drinks suspected to contain illicit drugs.

A freight agent, who brought the consignment for export to Dubai, UAE, Shola Ogunrinde was detained.

A follow-up operation led to the arrest of a pregnant woman, Mrs. Seun Babatunde, who operates an alcohol joint in the Pleasure area of Iyana Ipaja.

Seven parcels of cannabis and a sachet of ecstasy drug (MDMA) were found concealed inside cans of Black Bullet alcoholic drinks.

Babatunde claimed the drugs were being sent to her husband who lives in Dubai.

The second pregnant woman, Mrs. Gloria Asibor was arrested last Thursday while attempting to board a Turkish Airline flight to Bolonia, Spain via Istanbul, Turkey.

A search of her luggage containing food items led to the discovery of 300 tablets of 200mg and 225mg high dosage Tramadol concealed in crayfish.

Also, a Brazilian returnee, Nworie Phillip Chikwendu was nabbed last Tuesday during an inward clearance of passengers on a Qatar Airways flight from Sao Paulo enroute Doha to Lagos.

Two parcels of cocaine were discovered concealed in a pair of brown slippers hidden in his backpack.

A further search of the pair of black slippers he wore led to the recovery of additional two parcels of cocaine built into the soles.

Nworie who claimed to be a barber in Sao Paulo, said he came to Nigeria for the burial of his father.

The suspect claimed he got into the criminal act because his trip was sponsored by a Brazil-based friend who gave him the drug to deliver in Lagos for N2million.

Meanwhile, large consignments of psychoactive substances have been intercepted in parts of Northwest, Northeast and Northcentral.

In Kaduna, a drug dealer, Obinna Anene a.k.a Young Alhaji was arrested on on Friday at Buwaya in Kaduna.

The same day, a trafficker, Alhaji Modu Yahaya was caught with 26.5kg cannabis in Damaturu, Yobe, while travelling in a commercial vehicle from Abuja to Maiduguri, Borno.

In Lagos, during raids in black spots in Mushin Olosha, Akala, Langbasa and Ikota, different quantities of Cocaine, Heroin, Methamphetamine, Cannabis, and Skuchies were found.

PrevPreviousVladimir Putin Vows ‘As In 1945, Victory Will Be Ours’ In Ukraine
NextLagos Taskforce Arrests Impostor, Okada ThiefNext Police Apprehend Man For Killing His Parent With Pestle In Jigawa

The Police in Jigawa have arrested a 37-year-old man, Munkaila Ahmadu, for alleged murder of his parents in Gagarawa Local Government Area of the state. 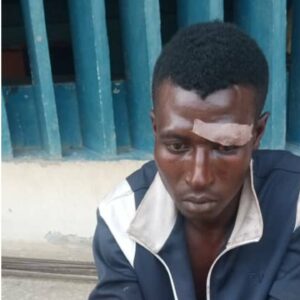 The Nasarawa State Police command has arrested one Usman Danladi ‘M’, also known as Murderer, for allegedly chopping off the wrist of a 25-year-old man, 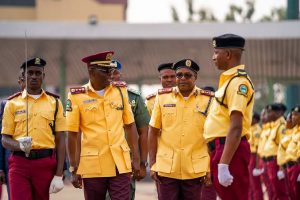