…As Suspect Admits To Crimes

The Akwa Ibom State Police command says it has arrested one Godfirst Edet Bassey, a suspected serial rapist and notorious armed robber in Mbo Local Government Area of the State.

It added that it arrested another suspected notorious armed robber, Ndifreke Itoro Effiong ‘m’, aka Ndi’boy, who has been terrorizing Ikot Ekpene Local Government and its environs and recovered some exhibits from him.

In a press release signed by the Command’s Public Relations Officer, SP Odiko Macdon in Uyo on Saturday, the suspects admitted to the crimes and have been charged to court.

According to the statement, the rape suspect, Godfirst, after robbing one Effiong Mfon of the sum of thirty thousand Naira at gun point, blocked a female victim on the road, dragged her to a Primary School and allegedly raped her.

The statement added that in another occasion, the suspect blocked another female victim at a gun point, dragged her to an unknown house and allegedly raped her also.

The statement in parts, “On 11/5/2022, one Godfirst Edet Bassey ‘m’ was arrested in connection with Rape/Armed Robbery at Mbo LGA. The suspect blocked one Effiong Mfon ‘m’ while returning from Ibaka to his residence, hit him on the eye with a gun and collected the sum of thirty thousand Naira (N30,000) from him. On the same day, suspect again blocked one female victim on the road and dragged her to a Primary School and raped her.

“Also, in a related development, on gun point, the suspect dragged another female victim to an unknown house and raped her.

“The said suspect on interrogation admitted to the commission of the crimes and has been charged to court.

“Similarly, on 11/05/2022 at about 1430hrs, Patrol Team of Ikot Ekpene Division on inquiry, sighted one Ndifreke Itoro Effiong ‘m’ aka Ndi’boy, a notorious armed robbery Gang leader who has being terrorizing Ikot Ekpene and its environs, took to flight as soon as he sighted the police but was overpowered and arrested.

Meanwhile, the Police Commissioner, Mr Andrew Amiengheme, who has been promoted to the prestigious rank of Assistant Inspector General of Police (AIG) promised not to relent in ridding the State of criminal elements.

Speaking after being decorated by IGP Alkali Baba Usman, the newly promoted AIG attributed his strides in the State to God, the collaboration with the Government, sister security agencies and the good people of the State. Police in Nasarawa State has found a 9-year-old missing boy Hassan Mallam Tsalha, from Jigawa State. This was contained in a press statement issued to

Some yet-to-be-identified gunmen in the early hours of Wednesday abducted the Chairman of Kanke Local Government Council of Plateau state, Henry Gotip.   The gunmen 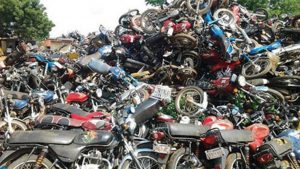 The Lagos State Commissioner for Information and Strategy, Gbenga Omotoso, has stressed that commercial motorcycles, popularly known as okada, are not in the transportation masterplan 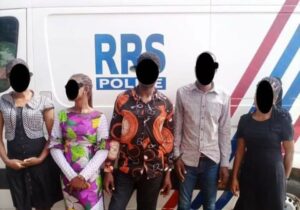 Detectives attached to the Lagos State Anti-Crime outfit, the Rapid Response Squad (RRS) have arrested five members of a syndicate for allegedly operating a fake 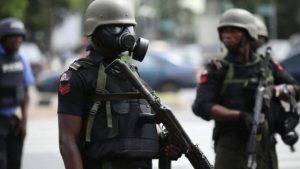 Some yet-to-be-identified gunmen in the early hours of Wednesday abducted the Chairman of Kanke Local Government Council of Plateau state, Henry Gotip.   The gunmen